This victory will obviously have a special flavour for her. Native of Créteil, where she is also a club member, Camille Serme, our squash champion, shone during the French Elite Championship held in Bordeaux from March 2 to 7.

Indeed, Camille became French champion...for the 12th time! With this new title, Camille beats a new record and enters the history of French squash. The current third best player in the world now dreams of dominating the international circuit and winning the coveted world title. 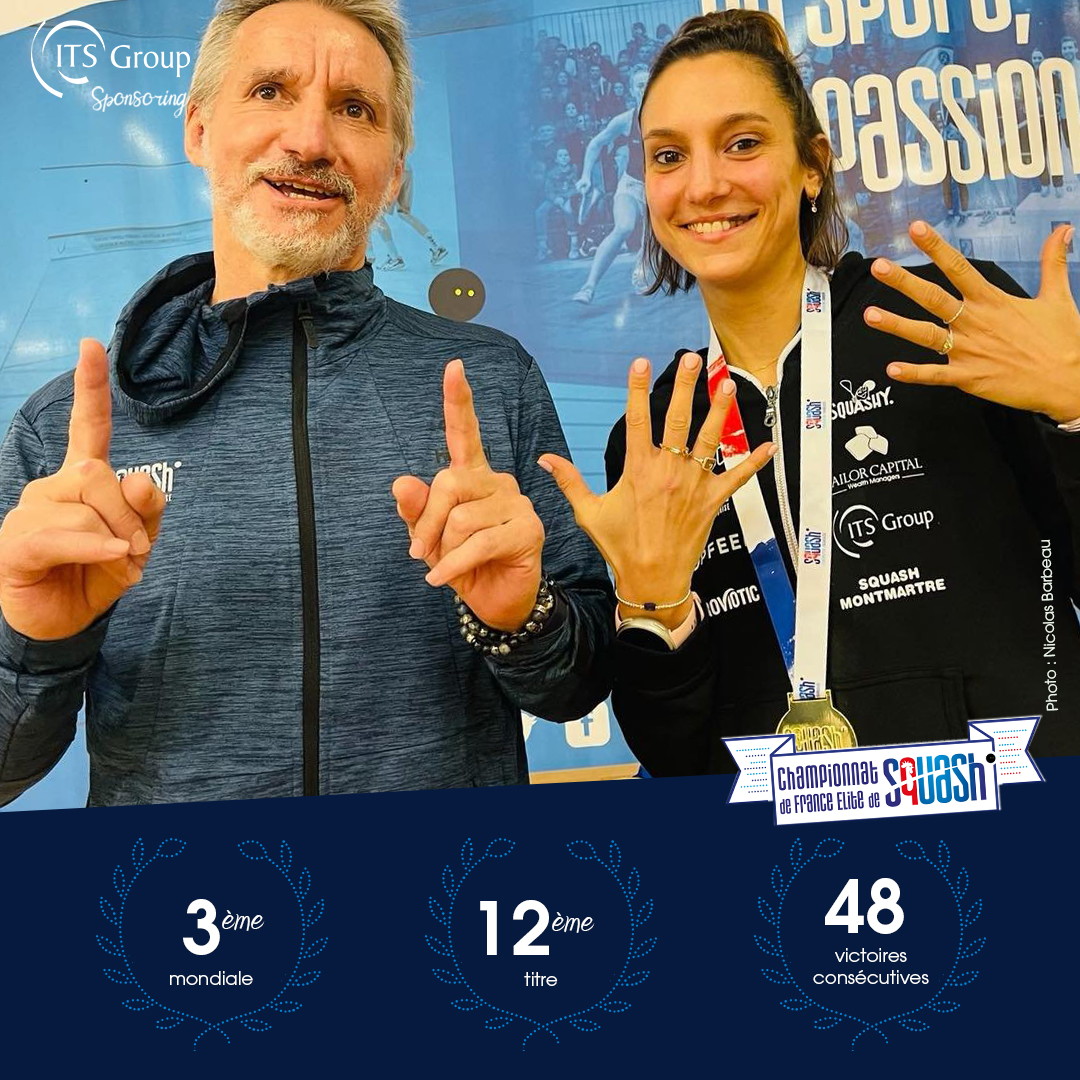 
We use cookies to provide you with the best experience on our site.

You can find out more about the cookies we use or disable them in the settings.

This site uses cookies so that we can provide you with the best possible user experience. Cookie information is stored in your browser and performs functions such as recognizing you when you return to our website and helping our team to understand the areas of the site that you find most interesting and useful.

This option must be enabled at all times so that we can save your preferences for cookie settings.

If you disable this cookie, we will not be able to save your preferences. This means that each time you visit this site, you will have to enable or disable cookies again.

This site uses Google Analytics and Jabmo to collect anonymous information such as the number of visitors to the site and the most popular pages.

Keeping this cookie enabled allows us to analyse key performance indicators and helps us to improve our website.

Please activate the strictly necessary cookies first so that we can save your preferences!

ITS Group and its subsidiaries have brought their websites into line with the latest standards by installing a navigation banner (cookies). Thus, any person browsing on one of the sites must consent to be tracked by one of our cookies and is informed of the tracking and of all their rights. The form has also been completed with the legal notice allowing the user to express his informed consent.